Halloween is getting closer and it is an ideal time to catch up with spooky reads. I am pleased to share a book extract with you to celebrate a novel I enjoyed earlier this year, The Devil’s Bride by Emma S. Jackson. My review can be found here

Scroll down and have a read from The Devil’s Bride

Book Extract for The Devil’s Bride

This extract from The Devil’s Bride comes a couple of chapters in when Jamie and the gang of highwaymen she works with have infiltrated the supposedly cursed Edburton Manor and found Matthew living there.

Now he’s their captive and this is the first conversation the two main characters have with each other. I loved writing this moment and exploring the beginning of the game of cat and mouse they would play. Although Matthew is tied up on a chair – having recently been knocked unconscious – he’s not entirely at her mercy…

Freezing cold water spilled down his head and face, throwing pain and tension through him so he coughed and spluttered and opened his eyes.

She bent down to peer into his face, her lips twisting in a wry smile that didn’t touch her eyes.

‘Yeah, I thought you were faking.’ Her voice was cool with amusement.

He blinked, water running along his eyebrows and dripping from his eyelashes. Her eyes were grey shadows in the candlelight, but her aura… He was overwhelmed by it all over again. The colours of her emotions ran at the centre of it, but all around the edge was that bleed of gauzy silver.

‘That makes two of us,’ he rasped.

She straightened up and took a step back from him, her head tilting ever so slightly. ‘Excuse me?’

‘Do they know you’re a woman?’

She showed no reaction save for a raised eyebrow. ‘I must’ve hit you harder than I thought.’

He shook his head gingerly, needling the ache behind his ear and gave a half-smile. ‘I think you hit me precisely as hard as you meant to.’

Her tongue touched the corner of her mouth as she considered him. He saw a kaleidoscope of curiosity, caution, and a flicker of desire, pulse through her.

No, it might not be that. He’d been wrong about that before. It wasn’t as though anyone had ever taught him what the colours meant; he’d had to work it out all by himself. Sometimes he couldn’t even be sure he was seeing different colours – it was more of an impression – and who was to say half of that wasn’t in his head? Feelings could flash in and out of a person, and regardless of whether he was reading them right; it didn’t always mean people would act accordingly. He’d learnt that in brutal fashion when his half-brother had introduced his fiancée two years ago.

‘Does it hurt?’ she asked idly, and it was only the glimpse of guilt slipping through her aura that recalled his wandering mind.

His heart began to beat harder at the intensity of his situation. He hadn’t been around anyone for so long, and he’d almost forgotten the onslaught – the way his brain constantly had to process the complexities of people’s internal secrets. How was he supposed the gain the upper hand and escape while he was struggling just to think straight?

And that was the goal now. Just escape. Forget protecting the homestead and its valuables. If he managed to get away with his life, he would be lucky enough.

He took a shaky breath, trying to pull himself back together.

‘Not as much as if you’d used the pointy end.’

She laughed at that; a genuine moment of amusement that made him see past the swirling colours to her. It didn’t soften her, but it lifted her. It didn’t make her look younger but it gave him a glimpse of her youth; the idea that once she had laughed regularly and that had been taken from her. Somehow that seemed worse than his own experience of childhood.

Author of the Best Selling A MISTLETOE MIRACLE and contender for the Joan Hessayon Award 2020, Emma has been a devoted bookworm and secret-story-scribbler since she was 6 years old. When she’s not running around after her two daughters and trying to complete her current work-in-progress, Emma loves to read, bake, catch up on binge-watching TV programmes with her partner and plan lots of craft projects that will inevitably end up unfinished. Her latest romantic comedy, SUMMER IN THE CITY, was released in June, with a festive romance, ONE KISS BEFORE CHRISTMAS, due for release on 2nd November 2020.

Emma also writes historical and fantasy fiction as Emma S Jackson. THE DEVIL’S BRIDE was published by DarkStroke in February 2020.

I am very excited to be part of this blog tour for The Devil’s Bride by Emma S. Jackson; not only because I love the cover but also because I had the pleasure of meeting her last year and have been looking forward to reading her work ever since. This is her first paranormal romance and I hope it will not be her last. 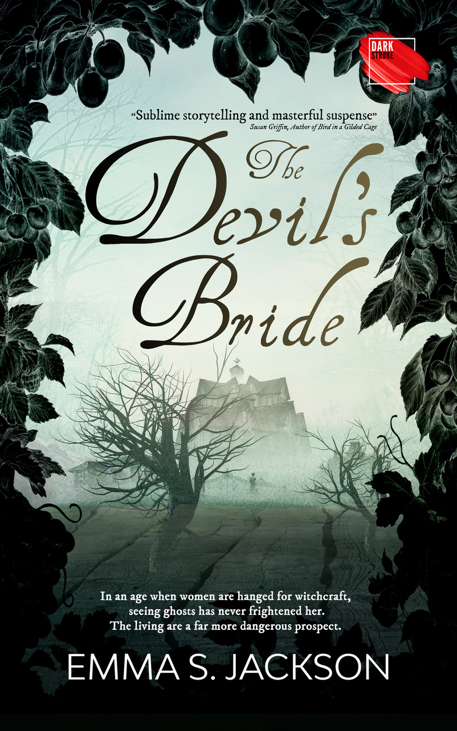 No one goes near Edburton Manor – not since the night in 1668, when demons rose from the ground to drag Lord Bookham’s new bride to a fiery death. Or so the locals say.

That’s what makes it the perfect hideout for the gang of highwaymen Jamie Lorde runs with.

Ghost stories have never frightened her. The living are a far more dangerous prospect, particularly to a woman in disguise as a man. A woman who can see spirits in a time when witches are hanged and who is working hard to gain the trust of the most ruthless, vicious man she has ever known because she intends to ruin and kill him.

But when the gang discovers Matthew, Lord Bookham’s illegitimate brother, who has been trapped by a curse at the Manor ever since the doomed wedding, all Jamie’s carefully laid plans are sent spiralling out of control.

If I saw this book on a shelf in a store, the striking cover would have drawn me in with its spooky design and I am happy to say it fits the novel perfectly. From the start I found myself immersed in the story by the atmospheric descriptions of the foreboding forest and the haunted house abandoned after the legendary wedding with its demonic guests. Once I met the protagonist, Jamie Lorde I could not stop reading until I knew her story and the outcome of the Highwaymen’s quest. Yes, it was one of those books I stayed up past midnight to read in one sitting. Jamie has a strength, intelligence and courage I admire and is memorable as are the other characters in the book. They all have depth which adds to the richness of the story and they all have secrets which adds to the thrill. The mix of paranormal and historical fiction gives it a delicious Gothic feel and has just the right balance of romance. The constant threat the others in her gang will discover her true sex or her psychic ability adds tension to an already unnerving set of events and the unexpected twists kept me on edge until the satisfying conclusion.

Yes, it may only be February but I know this will one of my favourite reads of the year. It made me feel excited about reading and I am pleased to have a copy on my forever shelf to reread in the future. It is everything I want in a paranormal novel and much more. I am looking forward to reading more by this talented author. 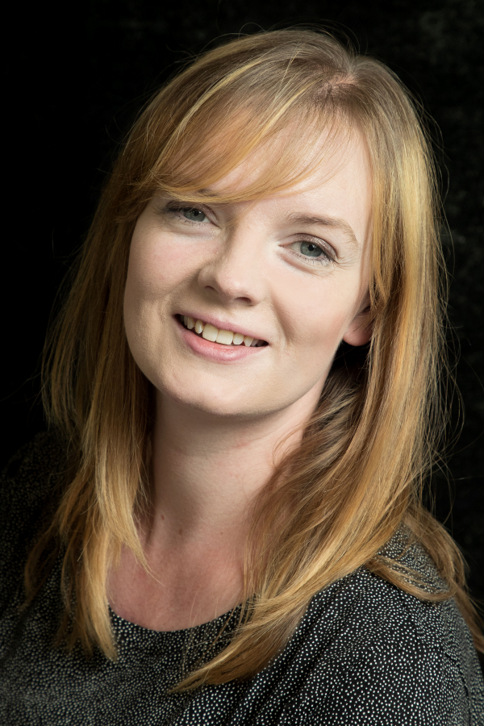 Emma Jackson is the best-selling author of A MISTLETOE MIRACLE, published by Orion Dash. A devoted bookworm and secret-story-scribbler since she was 6 years old, she joined the Romantic Novelists’ Association on their New Writers’ Scheme at the beginning of 2019, determined to focus on her writing. Her debut novel was published in November 2019. When she’s not running around after her two daughters and trying to complete her current work-in-progress, Emma loves to read, bake, catch up on binge-watching TV programmes with her partner and plan lots of craft projects that will inevitably end up unfinished. THE DEVIL’S BRIDE is her second novel, published by DarkStroke as Emma S Jackson. She hopes to continue working across sub-genres of romance, as she believes variety is the spice of life.

Thank you Emma Jackson for an advanced copy so I could give my honest and unbiased opinion.